One of the questions that I always like to ask when we are working with a group of students is “Who looks at straight As and thinks to themselves ‘I could never get that’?” Normally, the majority of the hands in the room go up. The next question that I pose to students is “Why?” Invariably the response is that most students simply don’t feel they are smart enough to get straight As.

“Smartness”, or IQ, is the most common explanation students have for a student’s success, or lack thereof, over the final years. We tend to assume that the top students get the top grades because they are simply smarter than anyone else. This positions us to see the final years of school as a simple IQ test and this paradigm or belief has a range of negative consequences, the most harmful of which is the implication that the students have no personal control over how well they do; after all, a student either has a high IQ or they don’t – there isn’t a lot they can do to change it. Similarly, students with high IQs are lulled into a false sense of security, whilst other students who perceive that they have lower IQs feel that it is pointless to even try.

Most importantly, IQ does not satisfactorily explain why the top students do well. Ulric Nessier, the Chair of Psychology at the University of Emory, found that IQ only explained 25% of the variance in school grades and concluded that “successful school learning depends on many personal characteristics other than intelligence”. If IQ was the primary driver of high school performance we would expect that score rankings would mirror IQ scores, something that we simply do not see. As Kakkar notes, “There is not a single case of 1 to 1 relationship between IQ and academic achievement and a good many cases where there is a wide disparity between IQ ranks and ranks of academic achievement.”

The concept of IQ emerges from a series of tests used to measure different dimensions of intelligence such as arithmetic, comprehension and vocabulary. Those carrying out the tests found that people generally scored the same results in each different dimension, leading the testers to conclude that there must be some kind of general intelligence that explained this performance. It is this general intelligence, or g, as it is known, that IQ measures. However, as Mihaly Csikszentmihalyi from the University of Chicago explains, these IQ measures relate to convergent thinking. What this means is that IQ is fantastic for problems that are highly defined and have one correct answer. Math and chemistry provide examples of subjects where these types of problems are common. However, IQ is less appropriate for problems that have multiple answers or problems that require an individual to shift between different perspectives or consider multiple viewpoints and it is these types of questions that make up a signification proportion of the exams students will sit. For example, there are no correct answers to questions regarding ‘Hamlet’s madness’ or the importance of a particular piece of art. These types of questions require a student to think divergently and this is a capability that IQ fails to satisfactorily measure.

Doing well in the final years of high school requires a range of other skills beyond intelligence. For example, students must be able to motivate themselves, manage their time, manage stress and persist when they have lost grades. As Daniel Goleman- author of Emotional Intelligence- notes, these behaviors are not tied to notions of IQ. Further, they are not innate but rather learned behaviors.

This therefore poses the obvious question, what does drive success in the final years of high school? Our research has shown that the biggest difference between top and middle or lower performing students is their study habits. Put simply, the top students do different things when they study and they do them at different times, to middle or lower performing students. Take exams as an example. The majority of middle or lower performing students spent under a week preparing for exams. The majority of their time in this period is spent writing out notes and if there is time, memorizing these notes. The top students on the other hand tend to start their exam preparation a lot earlier. They have their notes finished 2-3 weeks before exams and tend to spend the final week before an exam doing practice papers. This exam preparation routine of the top students results in them knowing the content of a subject better than their peers and most importantly, ensures that they are able to use this content more appropriately than other students when crafting an answer to an exam question.

This example of exam routine is a simple illustration of 13 areas in which the practices of the top students differ from middle or lower performing students. It is worth drawing attention to the word practices, as importantly, these are behaviors that students exhibit. They are not innate or controlled by natural talent, but rather behaviors that can be learned.

One of the biggest concepts we focus on with students is that success in the final years of high school is a result of strategies, not necessarily innate characteristics. If we think of study habits as recipes, then the top students have very different recipes to other students. However, these recipes or strategies are accessible to all students.

As a final footnote, it is worth noting that we are not saying that IQ is irrelevant. Research shows that students with higher IQs tend to pick up new skills faster than other students. This is obviously an advantage. However, when other skills beyond IQ are going to play a critical role in performance, let’s not get hung-up on it. As research into the process of learning Chess shows, IQ advantages in learning new skills diminish over time, as participants with lower IQs gain exposure to the same knowledge and techniques. Instead of focusing on those areas that are out of your control, you have much more to gain by focusing on those areas that you can control. 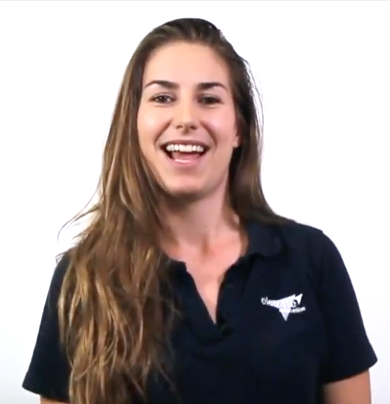